Warning: Declaration of jwSlidesPost::column($columns) should be compatible with jwCustomPost::column() in /home/customer/www/iyiyii.com/public_html/wp-content/themes/flyingnews/framework/custom_posts/slides.php on line 60
 Technology of Old | iyiyii the blog magazine for everyone 
Warning: count(): Parameter must be an array or an object that implements Countable in /home/customer/www/iyiyii.com/public_html/wp-content/plugins/wordpress-meta-keywords/wordpress-meta-keywords.php on line 50

Home
Warning: sizeof(): Parameter must be an array or an object that implements Countable in /home/customer/www/iyiyii.com/public_html/wp-content/themes/flyingnews/framework/lib/class_breadcrumbs.php on line 102
Tech VideoTechnology of Old 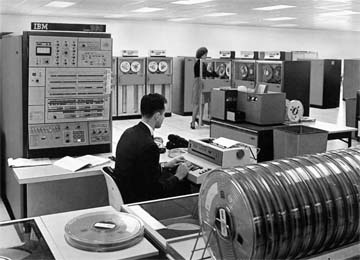 Times, they are a changing!

I found a bunch of old technology Videos that I thought you would enjoy. My intention is to amaze, daze and glaze you with memories of old. Some of us remember the beginning well, while others were born in this new age and can’t even fathom what it was like back when. I think young and old will enjoy these selections from the great world of technology.

This video is a hoot. Unfortunately I remember it all so well. This video came out in the early 1980’s.

Welcome to Bits and Bytes, a television program about computers, or rather about microcomputers — the small, personal ones that are selling like hot cakes nowadays.

Bits and Bytes was a Canadian television series, produced by TVOntario in 1983. It starred Luba Goy as the instructor, and Billy Van as the student. The show consisted of 12 episodes and featured many of the classic 80s microcomputers including the Apple ][, Commodore PET, VIC 20 and 64, Atari 800, TRS-80, TI 99 and the IBM PC.  Enjoy!

We move now to the 1990’s. The Net Cafe was a popular series at this time. The following video talks about a common problem even today, “Hackers”. Enjoy