Warning: Declaration of jwSlidesPost::column($columns) should be compatible with jwCustomPost::column() in /home/customer/www/iyiyii.com/public_html/wp-content/themes/flyingnews/framework/custom_posts/slides.php on line 60
 Sea Salt Unraveled | iyiyii the blog magazine for everyone 
Warning: count(): Parameter must be an array or an object that implements Countable in /home/customer/www/iyiyii.com/public_html/wp-content/plugins/wordpress-meta-keywords/wordpress-meta-keywords.php on line 50

Home
Warning: sizeof(): Parameter must be an array or an object that implements Countable in /home/customer/www/iyiyii.com/public_html/wp-content/themes/flyingnews/framework/lib/class_breadcrumbs.php on line 102
All NaturalSea Salt Unraveled

I have always had a profound respect for the simple seasoning “salt”. When I was very young I used to read cookbooks as if they were novels. I loved cookbooks. I am not really sure why except  I was always curious about the food my Mom and Grandmothers made and watched them concoct wonderful meals with and without books or recipes. Salt was almost always used in every recipe. And I just loved salt and even added more once a dish was plated for me. Of course years later I realized I should cut back on my salt intake least I develop high blood pressure. I did learn moderation but I never gave up on salt completely. I discovered sea salt quite a long time ago and have tried almost all the different varieties. I must admit that I do prefer it and I do have my favorites. It is very hard to distinguish the differences in the various sea salts but I did work at it to find the ones I love the most. My most favorite is Himalayan Sea Salt. I know there is no sea in those mountains now but there once was. 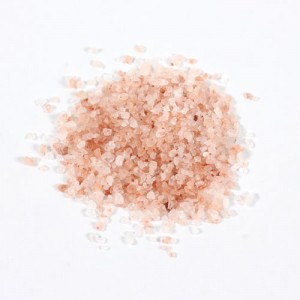 This beautiful and mineral rich ancient sea salt was mined from over 10,000 feet up in the Himalayan mountains. It was originally deposited there by a salty inland sea 250 million years ago during the Jurassic period before being thrust high into the Himalayan mountains when what is now the country of India smashed into the Eurasian plate.

This exotic salt deposit has been kept safely sealed inside mountains of the Himalayas until they were discovered and mined by local natives. Its rosy color is sure to be a conversation piece at every dinner party. This unique and attractive color comes from the inclusion of additional minerals including calcium, magnesium, potassium, copper and iron.

Himalayan Salt is quite different from salt found anywhere else. For one thing, it’s uniquely beautiful: it has a pinkish or light reddish tint, and under a microscope, the crystals within the salt form gorgeously perfect geometric patterns. Himalayan Salt, when left raw and in its natural state, is rich in nutrients and minerals. Since many of these elements found within each grain of salt naturally occur within us and in the environment, they are easily absorbed and utilized on a cellular level. Pink Himalayan Salt re-mineralizes the body with minerals and trace elements essential to our health and well being.

The most notable differences between sea salt and table salt are in their taste, texture and processing.

Sea salt is produced through evaporation of ocean water or water from saltwater lakes, usually with little processing. Depending on the water source, this leaves behind certain trace minerals and elements. The minerals add flavor and color to sea salt, which also comes in a variety of coarseness levels. 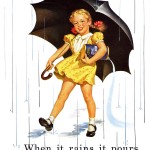 Table salt is typically mined from underground salt deposits. We all remember the blue round container of salt that once filled all our salt shakers. Table salt is more heavily processed to eliminate minerals and usually contains an additive to prevent clumping. I really don’t like that they add an un-clumping additive. Why not just tell people to add a few grains of rice to the shaker. The un-clumping additive is just too unnatural for me. Most table salt also has added iodine, an essential nutrient that helps maintain a healthy thyroid. Even some sea salts are adding iodine now.

Sea salt is a viable alternative to table salt as long as you’re getting adequate iodine from the diet (e.g., iodine-rich seafood) or a multivitamin. The latter generally provides the RDA for iodine (150 mcg).

Sea Salt is just that – salt gained from evaporating salt water collected from an ocean or sea.  The process is more costly then the mining process.  Sea salt is typically less refined than other salts. Depending on the seawater used, you also get a variety of minerals in the sea salt. Due to this there are numerous types of sea salts. Here are a few:

Black Salt, Kala Namak, Sanchal – Significant for its strong sulfur odor (India) this salt is a pearly pink gray.  It is used in Indian cooking.

Fleur de Sel French Sea Salt – Fleur de sel, literally “flower of salt,” has been gathered on the island of Ré, off France’s Atlantic coast, since the seventh century. Beloved by cooks, these fine, light crystals have a delicate flavor and high concentration of minerals, making them the perfect finishing salt.

Grey salt, Celtic salt, Sel Gris – Harvested from the light film of salt which forms during the evaporation process.  The gray or light purple color comes from the clay in the region of France where it is harvested. Collected using traditional Celtic hand methods. This type of salt are harvested using the Celtic method of wooden rakes allowing no metal to touch the salt.

It is naturally air and sun-dried in clay ponds and gathered with wooden tools to preserve its living enzymes. Because it is unrefined, it contains all of the 84 beneficial live elements found in sea water, with no chemical and preservatives nor any other additives.

Hawaiian sea salt– Has a distinctive pink hue from the Alaea added to it. The Alaea is volcanic red clay with a high content of iron oxide. This salt is used in many traditional Hawaiian dishes like Kahlua Pig and Hawaiian Jerky.

Fleur de Sel, Flower of Salt, Flor De Sal – Skimmed from the top of salt ponds early in the process of evaporation, this is considered a great condiment salt; also good on grilled meats, in salads and on vegetables. The flavor, like wines, varies depending on the region it is harvested from. Typically it is from France though some is produced in Portugal.

French Sea Salt – Processed less than American salt, retains more of the mineral content gained from the Atlantic seawater it is harvested from. This usually includes natural iodine.  A coarse salt, this is good for salads, vegetables and grilled meats.

Italian Sea Salt, Sicilian Sea Salt, Sale Marino – Harvested from the lower Mediterranean sea by hand using traditional methods of natural evaporation, this salt is high in iodine, fluorine, magnesium and potassium. A delicate salt which is good on salads and in sauces.

Hawaiian Sea Salt – Salts from Hawaii are usually distinct, traditional sea salts. They are often infused with baked red alaea clay, which is composed of over 80 minerals, during the harvesting process. These red salts were used historically for ceremonial purposes such as blessing and purifying sea-going canoes, implements, and important household items. Others salts are combined with activated charcoal, bamboo leaf extract, or left in a natural state.

New Zealand Pacific Natural Sea Salt – Salt is harvested from the deep clear waters of the great southern oceans that sweep through Cook Strait between New Zealand’s North and South Islands and into the solar salt field. These waters are evaporated using the natural process of sun and wind. At the end of each summer Pacific Natural Sea Salt is gathered so as to maintain the balance of minerals present in salt harvested from the sea.

So what other sea salts have I tried and use regularly? I really like Celtic sea salt and both of the Hawaiian sea salts. New Zealand also has a very nice salt. I have have tried the famous Fleur de Sel French Sea Salt which is wonderful but I have a bit of a problem with it’s price. It just doesn’t seem to shine that much greater than the others in my humble opinion.

Natural sea salts have many essential minerals that will bring out unique flavors in your food as well as help your body assimilate nutrients more efficiently. I use natural sea salt in all of my concoctions and spice blends.

**Please Read: This website is for the presentation of the historical uses of herbs, spices and/or supplements and it’s contents are for informational purposes only. Never take any herb or health supplement without first consulting your doctor. Never take any herb or supplement without your doctor’s consent if you are pregnant, nursing or trying to get pregnant. Never give herbs or health supplements to children without first talking to their doctor. The statements made on this website have not been evaluated by the FDA. The herbs and supplements mentioned are not intended to cure, treat, diagnose or prevent disease. Always play it safe.  This notice is required by the Federal Food, Drug and Cosmetic Act.